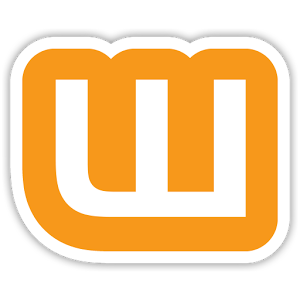 However, things are changing. The number of users has skyrocketed and the people who run the company are working hard to expand their user base beyond the Gidget demographic. Part of their formula is getting actual professional authors to post books there. They have an editorial process that hopes to find really good books that they can put on a “Featured” list. (One piece I read about Wattpad noted that books are either really good and go on the Featured list, or they are really popular and get on the “Hot” list; and that no book would ever be on both because the vast majority of Wattpad users don’t actually like well-written books.)

So why am I doing it?

It’s a long-term strategy. As one very successful Wattpad author explained to me privately, at some point these kids are going to grow up. And if you were nice to them on Wattpad and engaged with them and commented on their writing and all that, they are going to remember. And eventually they will get credit cards and buy your books. Obviously, not everything I write is appropriate for that audience, but some of it is, and Wattpad lets me mark the other stuff as “Mature” (with the hope that the growing adult audience of Wattpad users can find it).

I do a lot of beta reading and editing for friends on a “pay it forward” basis. So other than not knowing where I’ll find the time to spend on yet-another-fucking-social-network, reading works by amateur authors and giving them pointers is actually something I’d like to do. So this could work.

I created a profile there, and have put up the first four chapters of Entropy (that’s all I’m allowed to post, since that novel has an exclusive deal with Amazon), and I put up my short story Attractions, which I made permafree everywhere a little while ago. My demi-novella (that’s not a thing) Regrets is going up now (marked Mature). I’m going to drip one scene a week up there, because apparently that’s just what you do on Wattpad. Regrets is leaving its exclusive contract with Amazon next week, so I’ll also be posting it everywhere like I did with Attractions. But unlike the short story, I’m not going to make it free. I’ll leave it at $0.99 and get some experience selling cheap erotica across lots of venues.

I’m also seriously considering posting a poetry anthology on Wattpad. I write just the sort of angsty love poems that could melt the core teen girl demographic. (It’s not “Mature” content.) I also need to get engaged on the platform: following people, commenting on their writing, etc.

Sales of my books have completely stalled. I can’t run Twitter ads right now because the election has driven up CPC rates too high for me to get affordable impressions. Right now I’m running a $0.99 sale that’s been almost a complete flop. So maybe a change of direction to build a new audience is just what I need.

Please come join Wattpad and follow me and “vote” for my stories. You can find me here. And if you have experience with Wattpad that you think might help me, please let me know in the comments!!!

Buy my book Entropy on Amazon!