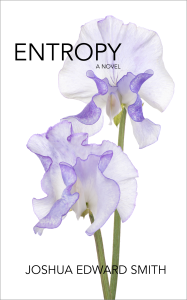 When last we met, I was running a 4-day promotion of my novel Entropy for Kindle. Instead of the usual $4.99, it was only $0.99. I had a three-prong strategy: talking about it on Twitter, getting my mailing list subscribers to forward a message to their friends, and promoting it for free on newsletters that promote $0.99 sales. Exactly one of these prongs worked.

I’m using Mail Chimp for my mailing list, which is really super cool, by the way. Yeah, they had an outage the day I started telling people about the list, but stuff like that happens to every company. The reporting is fantastic. And one of the things I can tell is that not a single person forwarded my email about the sale. It was a really cute letter, too. This is just more support for my theory that no matter how much people love my book, very few of them are comfortable recommending it to a friend. And I totally get that. Because by recommending it, your friend is going to think you are into kinky sex. And regardless of whether you are or not, you probably don’t want your friend to think that you are. So the mailing list prong: failed.

I also submitted my book to 15 different newsletters. These guys let you guarantee a placement for $20 or so, but they also let you submit promos for free, and they say they might run those if they have space. My conclusion: It’s a scam. They just want your contact info so that they can try to sell you on the $20 placements. When I saw almost no sales resulting from the newsletters by Sunday morning, I went to the trouble to sign up for every last one of those newsletters. And by Tuesday I had not seen my book listed once. One of them did put my book on their web site, but only if you searched for it. My best guess is that one of them ran a promo on Saturday, which resulted in a couple sales I can’t account for any other way. My conclusion is that submitting your book to these sites is a complete waste of time. Newsletter prong: failed.

Thank God for Twitter! I promoted the hell out of the book on Twitter during the four days, and as a result, I sold 26 books. One of these was a Kindle edition to someone outside the USA and hence not eligible for the $0.99 sale. And two of them were to people who learned about the book because of my promoting it, but decided to get the paperback version, which was not on sale. And two more were bought the day after the sale by people who either missed it, or just waited on purpose because they wanted to pay full price. This is a huge surprise to me, because I really believed that I had saturated my Twitter followers as a market. I figured anyone in that population who was going to buy my book, would have bought it already. Clearly, I was mistaken!

The next thing I’m going to do is run a giveaway on Goodreads. My book has a slightly higher rating on that site (4.78/5 stars) than it does on Amazon (4.6/5 stars) which is very unusual. Usually Goodreads readers are more critical. And the few reviews there are outstanding. So I think people will be interested in the book when they see the giveaway. From my research, I’ve concluded that the biggest bang for the buck comes from giving away one signed copy and running the giveaway for one week. And leaving it open to the entire world and hoping really hard that I don’t lose my shirt sending it to some far-flung destination. So that’s what I’ll do. I’ll get going on that once the holidays are over.

I’m absolutely not convinced that running giveaways on Goodreads serves any purpose. I know that it will get my book on lots of people’s “to read” shelves, but there’s no evidence that actually converts to sales. However, I’m still at the sales level where I pretty much know where every single book is going, and how that person learned about it. So I should be in a good position to measure the success of the giveaway as a promotional tool. I’ll report back, of course.